The theme, “Future Fantasy – A Christmas For Modern Times”, is seen across the Selfridges stores including London, Birmingham, Manchester and online.

The London store display took a multi-specialist team over 500 hours to produce with over 100 people putting together the windows, working non-stop rotating shifts for 10 days.

Each window at its Oxford Street, London store is either an symbolic representation of a well-known fairytale, such as Cinderella, Jack and the Beanstalk, Goldilocks and Rapunzel, or features one particular iconic element from one of them, showcasing a “futuristic aesthetic treatment and a softer magical narrative.

Selfridges London’s biggest triple-sided window at the corner of Oxford Street and Orchard Street features a magical shipwrecked feast amongst the waves, with giant magical moon and moving boat and oars, reimagining the boat scene from The Owl and The Pussycat.

Lit garlands showcase each window on the exterior of the store, but can you imagine how spectacular these would have been if they were dressed with blue and silver baubles. 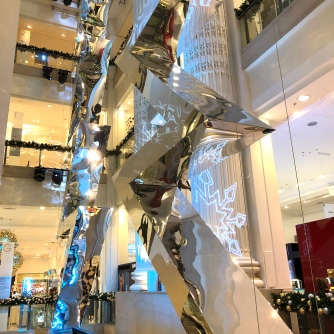 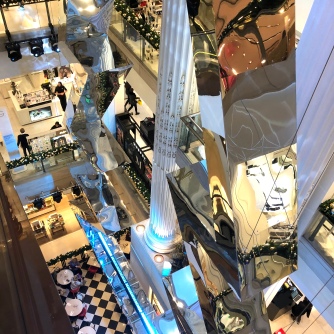 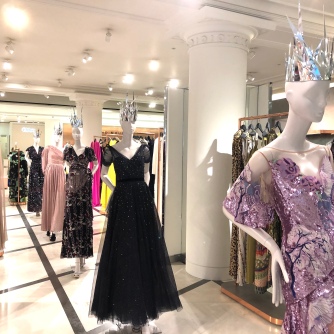 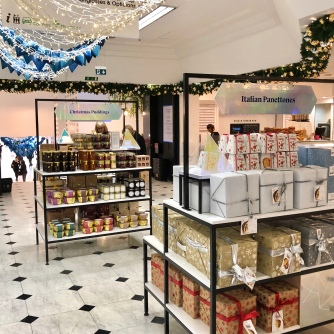 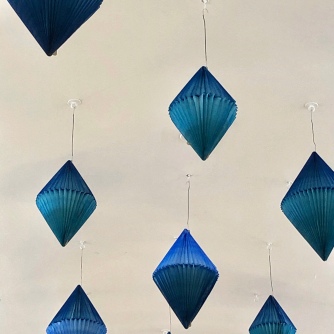 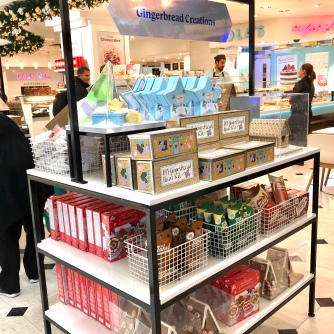 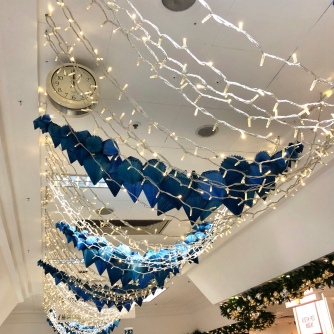 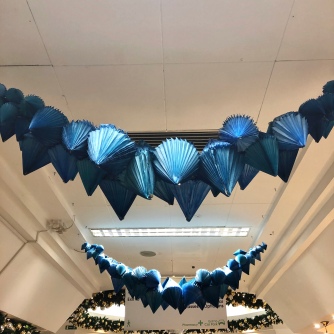 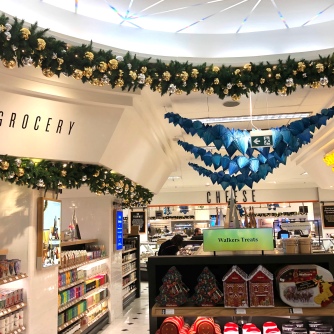